TOM WAITS FOR NO MAN: The Ballad of Bobby Ace

A record-breaking overflow, "we passed full house a long time ago" crowd packed the legendary Timucua White House on November 22, 2015, for the concert preview of Tom Waits For No Man, streamed live on the internet to a worldwide audience. 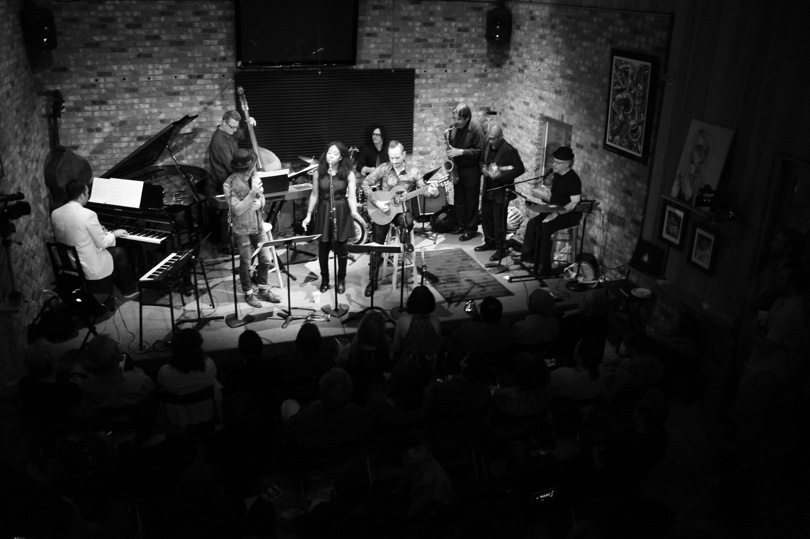 A play by Joseph Reed Hayes is a welcome oasis of cultured smarts." — Orlando Weekly

The story of Bobby Ace; semi-professional third-rate road musician half-way between last call and last chance, playing the songs of Tom Waits in seedy saloons and half-empty roadhouses. It is only when he loses himself in his fictional onstage persona that Bobby finds out who he truly is. This concert performance featured actor Cole NeSmith in a bravura solo performance and nu-jazz band La Lucha, with a host of very special guest artists, live on the Timucua White House stage.

"I was doing a pickup gig playing with some guys, we were third on the bill for a horrible post-punk piece of crap noise band that just got signed by some horrible post-punk piece of crap record label and I was trying to convince the bartender to spot me another beer when this scruffy guy I never heard of before sort of oozed behind the piano in the break, he wasn’t much to look at, maybe he smelled a little — although that was probably me — and he started playing. It sounded like he was hitting the piano keys with his knuckles, and his voice wasn't much, rough and real and and very unpretty. And it was Tom Waits. I sat there and listened to the entire set, not seeing or hearing anything else around me. He sang about misfits and hoboes, circus folk and old cars and heartbreak and when he was done I couldn't move for a good ten minutes, and then I thought — hell, I can do that."

With new song interpretations arranged by John O'Leary, Joseph Hayes and Jeremy Birdsall, influenced by world rhythms, New Orleans stomp and bebop jazz, Tom Waits For No Man is a piece of "theater with music", inspired by the music of American singer/songwriter Tom Waits, interpreting an unbound variety of music in surprising new ways. Full of jazz and after-hours attitudes, the play will include an element of improvisation along with Hayes' artfully scripted writing, which the Orlando Sentinel has called "downright lyrical".

A COMPANY OF ECCENTRIC BEGGARS/JAZZ ON EDGE COPRODUCTION 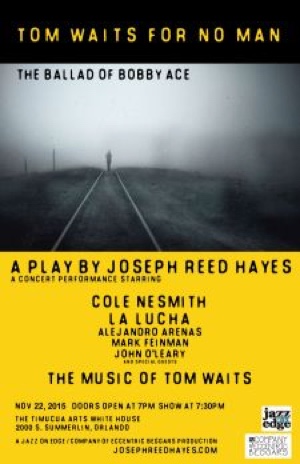 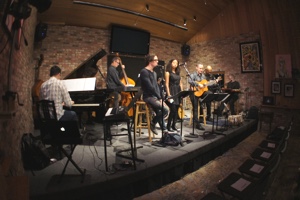 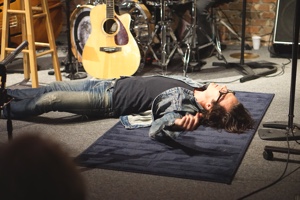 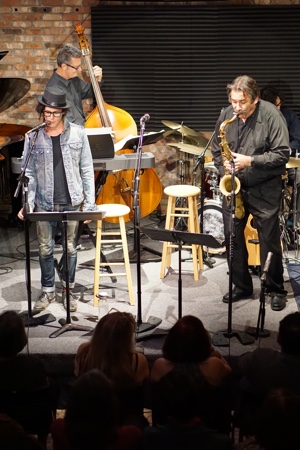 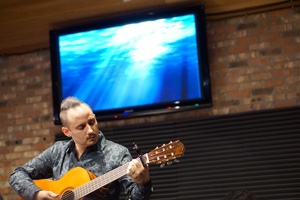 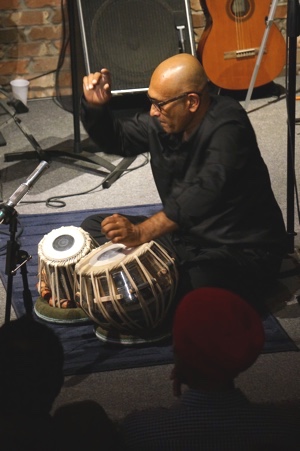 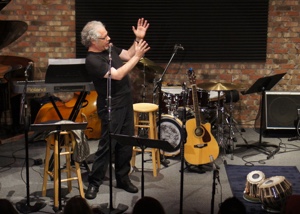 My plays take place on buses and in bars, in hotel rooms and government offices, farmhouse kitchens and jazz stages. 56 productions and readings of my plays from coast to coast and in three countries since 2001; creator of House Theater Project and the year-long 13in13 series of shows. "Best local playwright: Joseph Hayes" - Orlando Sentinel

Producer of the Jazz On Edge series, spotlighting new and original jazz from Central Florida since 2008, showcasing the best that Central Florida has to offer in jazz to appreciative audiences, giving creative hometown and nationally-known musicians a place to perform their own music, without boundaries, in person and online. Chair of Alternative Programming, Timucua Arts Foundation.